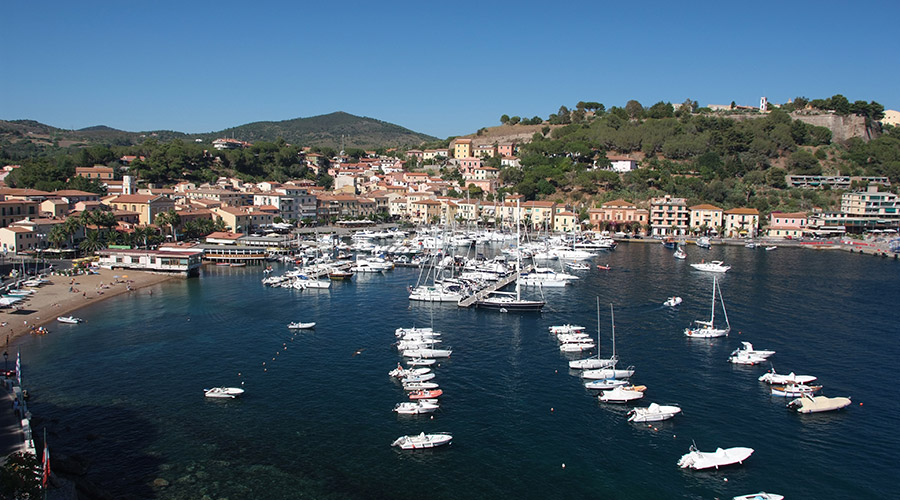 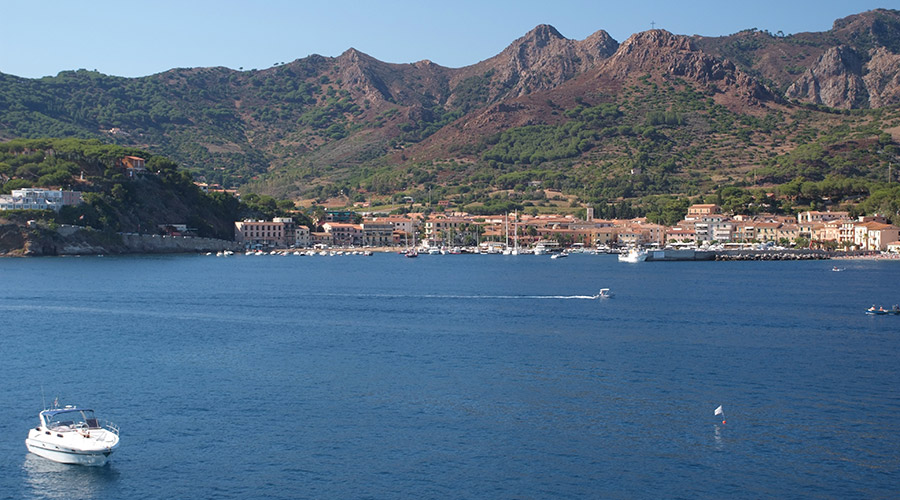 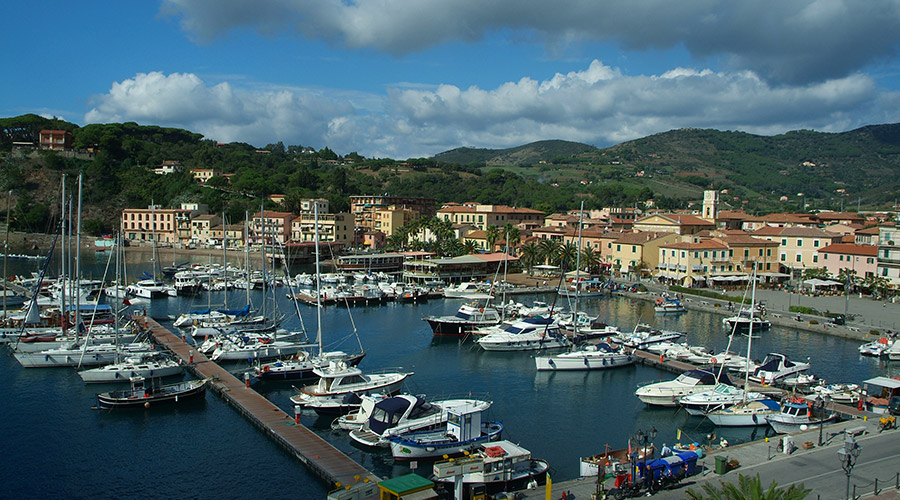 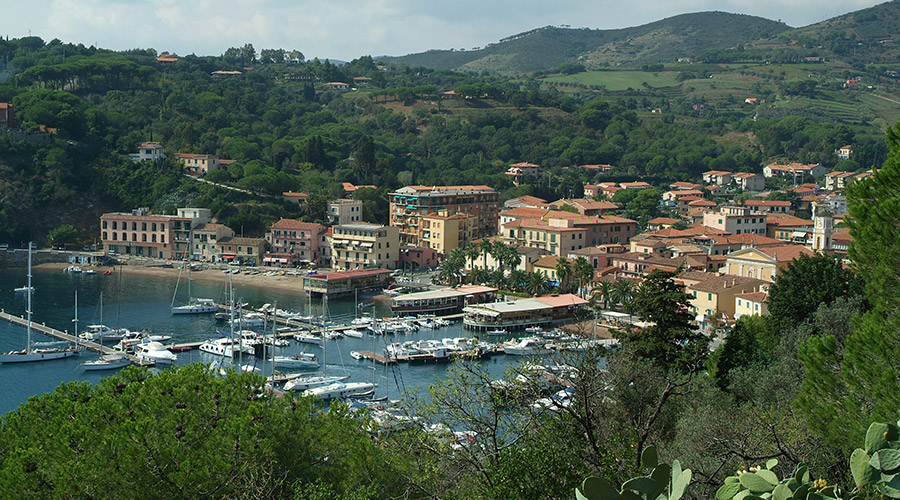 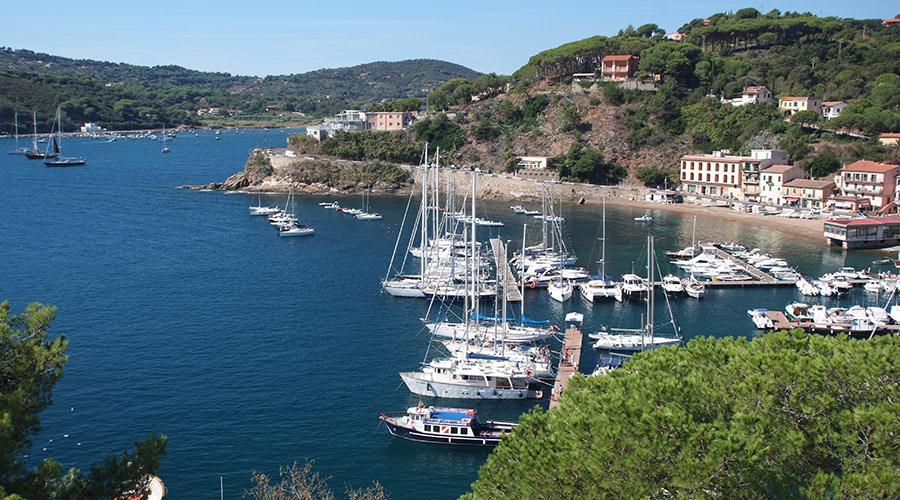 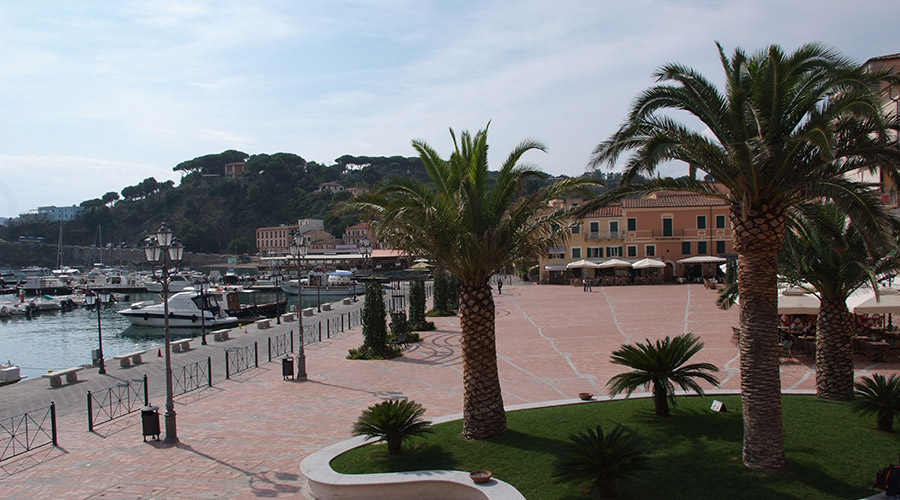 Porto Azzurro stands on a sheltered inlet of the Gulf of Mola and has been in use since ancient times as a natural stopping-place on the Tyrrhenian shipping routes.

In the early 17th Century the Spaniards, acting on the advice of Genoese Admiral Andrea Doria, decided to build a fort on the promontory to guard the access to the inlet from the East. He assigned its construction to Garcia da Toledo, who produced a design based on that of the Fort at Antwerp.

Together with the Focardo Fort on the Gulf's other shore, it provided the defensive system of the Gulf of Mola, the base of Philip III's fleet. This defensive system was intended to contain the rise to military power of the Grand Duke of Tuscany, who by fortifying Portoferraio had acquired a strategic stronghold on the Tyrrhenian Sea capable of posing a serious threat to Spanish interests in this part of the Mediterranean.

Porto Azzurro was annexed to the Kingdom of Naples in 1714, remaining under Neapolitan rule until 1801, when it was ceded to the French, who had occupied the whole of Tuscany.

In 1815, after the fall of Napoleon, it was annexed to the Grand Duke of Tuscany until the unification of Italy. In the XVIII and XIX Century, together with Portoferraio and Marciana Marina, Porto Azzurro was one of Elba's biggest fishing ports, encouraging immigration by fishermen from Naples, Ponza and Genoa, which continued until recent times.

Alongside its seaside holiday industry, the area around Porto Azzurro also has a flourishing agricultural sector (especially fruit-growing and wine-making) and offers very attractive cultivated landscapes, such as the plain of Mola and the Monserrato and Reale valleys.

PLACES OF HISTORIC AND CULTURAL INTEREST
- Sanctuary of the Madonna di Monserrato, built in the XVII Century by Spanish Governor Josè Pons y Leon. The image of the Madonna kept in the Sanctuary is considered a perfect copy of the one in the Sanctuary of the same name in Spain.
- S. Giacomo Fort, used as a prison, a XVII Century Spanish fortress: a good place to purchase hand-crafted products,
- The Spanish Cuore Immacolato di Maria Church with the marble monument to General Diego D'Alarcson.